The title should really be how Trendy Butler saved my husband’s sense of style.

My husband’s sense of style is dead.  I don’t know when it died, or if it ever really existed.  Ever since I’ve known him, and it’s going on a couple decades now, he’s never been what I would call style conscious. 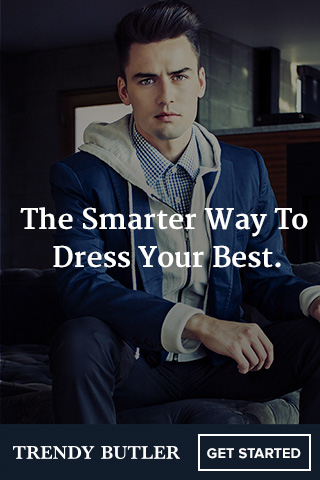 Khakis and ten year old polo shirts would sum up the non-business end of his closet pretty nicely.  Sure, he goes shopping for new clothes periodically, but that’s mostly for work attire.  On those trips, you can pretty much count on him coming home with a dress shirt or two, and some black pants on those visits.

But when it comes time to maybe go out for a casual dinner, he’s usually dressed as sharp as a toddler with swim floaties.  Yeah, I said that.

That’s where Trendy Butler Comes in.

What is Trendy Butler?

Trendy Butler is one of the several clothing subscription box services that are out there. They bill themselves as The Only Men’s Fashion Subscription You’ll Ever Need, which sums up their service nicely.

They are geared towards men’s fashion, and market themselves as supplying clothes from both well known brands, as well as from the hottest new designers.  After supplying them with some basic inputs on your style preferences, and size, each month they send out a selection of items typically worth around $150-$180.

The cost of the subscription? $65. So you’re getting a great deal on some new threads.

After supplying my husband’s preferences, it took about two weeks for the first package to arrive.

The brown paper envelope was labeled, so we knew exactly what it was when it got here.  Inside the envelope, the clothes were nicely folded, and packaged together with a wide brown paper ribbon.  The packaging appearance is nice, and gives off a good first impression.

The short-sleeved button-up was from Standard Issue, a clothing outfitter from NYC.  It had a dark, textured print, with a slightly slim button down collar. This isn’t a brand I’m familiar with, but I really like the shirt.

The short-sleeved pullover was from Eleven Paris. This is another brand I’m not familiar with, but the shirt is nice.  It actually has a slim fold-over collar and a couple buttons, but I wouldn’t call it a polo shirt.  It’s a nice, basic unit that can probably stand on it’s own, but looks really good as a substitute for the standard white t-shirt underneath another item.

The Khaki shorts come from a brand called Civil Society, another one I wasn’t familiar with.  They are a very nice looking, slightly darker color in the Khaki range.  Not too dark, just a tinge darker than the average khaki, but enough to give a slightly upscale look.

Putting the pieces together

The overall look of the three pieces is definitely consistent with my husbands preference of earth tones over vibrant.  They’re not drab, but definitely not bold colors.

Together, they present a nice casual, yet refined look.  This is the type of outfit I like to see my husband in when going out to one of the trendy restaurants around the Tampa Bay area. Casual with the shorts and short sleaves, but still looking sharp.

Taking them for a test drive

My husband liked them so much right out of the bag, he wore the shirts to the office the next day.  As I mentioned earlier, he’s normally in a full button up dress shirt, and black pants, but his office allows for casual dress to a point.

He wore the two shirts with a pair of khaki pants, and he looked sharp. At the end of the workday when he got home, he said the shirts were comfortable, and he definitely noticed as he got some looks throughout the day.

When the weekend rolled around, he pulled out the khaki shorts for an outing to a ballgame with some friends. Unfortunately, he paired it with one of his typical polo shirts, but the shorts looked great.

Signing up for the service

If you do any sort of shopping at the mall, you know that $65 isn’t going to get you very far.  You might be able to get a full ensenble like this for that price at say Target, but you’re definitely not going to get the same style or brands. 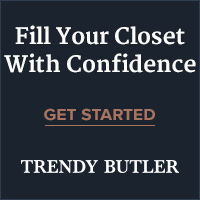 In other words, Trendy Butler might be the solution I need to resurrect my husband’s send of style, and for only $65 a month.

I’m happy to say I think my husband agrees with me.  He’s already told me he was very pleased with the first shipment, and thinks it’s a great deal. He is going to keep the service.

Say what?  Is my husband about to start showing some fashion sense?  I can’t wait to find out.

Use the following link to give your husband a hand with his fashion sense too:

Hi! I'm Candace. My life is a piece of cake, my husband is always so easy to deal with, and my son is a perfect angel. Yeah, right. I know how crazy things can be, which is why I like to help moms try to find that balance between work, family and life.